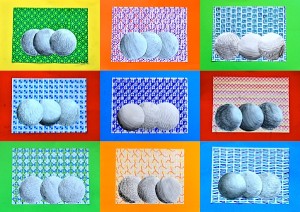 In this exercise, we experience different ways to create a shadow as we had already done in a previous lesson. In this case we drew the shading in pencil on three circles, which became three spheres. The spheres in black and white have been then glued on a colored background, decorated with a pattern with regular structure, to emphasize the contrast between the background two-dimensional, and the three-dimensional shapes.
The spheres were glued slightly overlapping each other, so as to create a ‘further sense of depth, to put in practice the principle of overlapping, already observed in the lesson “six ways to represent space”.
The work was done by students of the 7th grade classes. 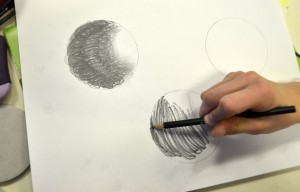 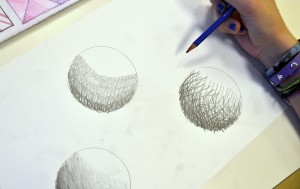 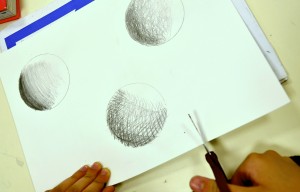 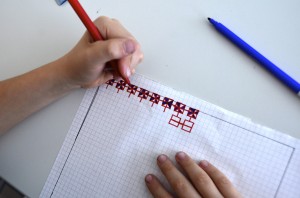 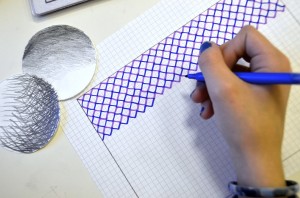 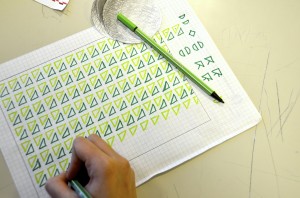 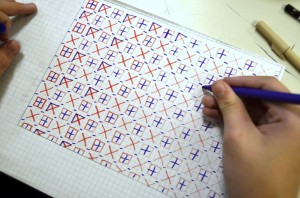 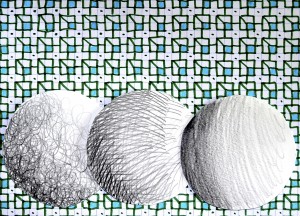 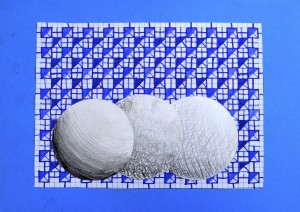 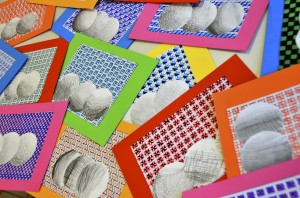 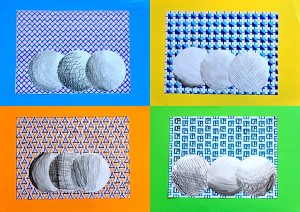 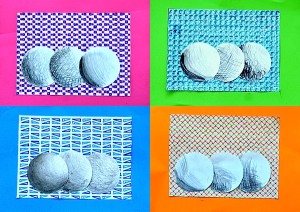 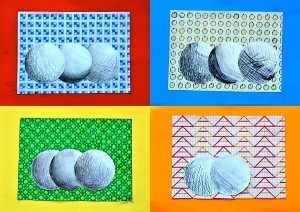 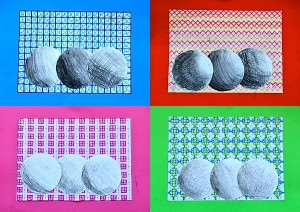 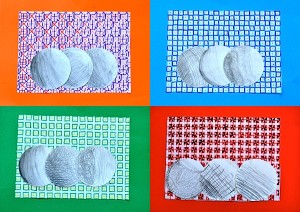 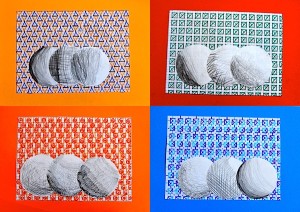 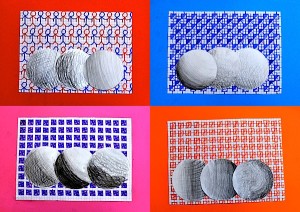 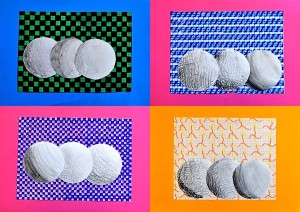 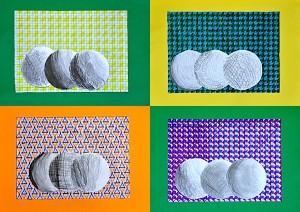 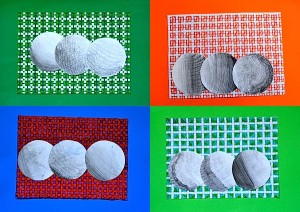 Prints with styrofoam inspired by Miro 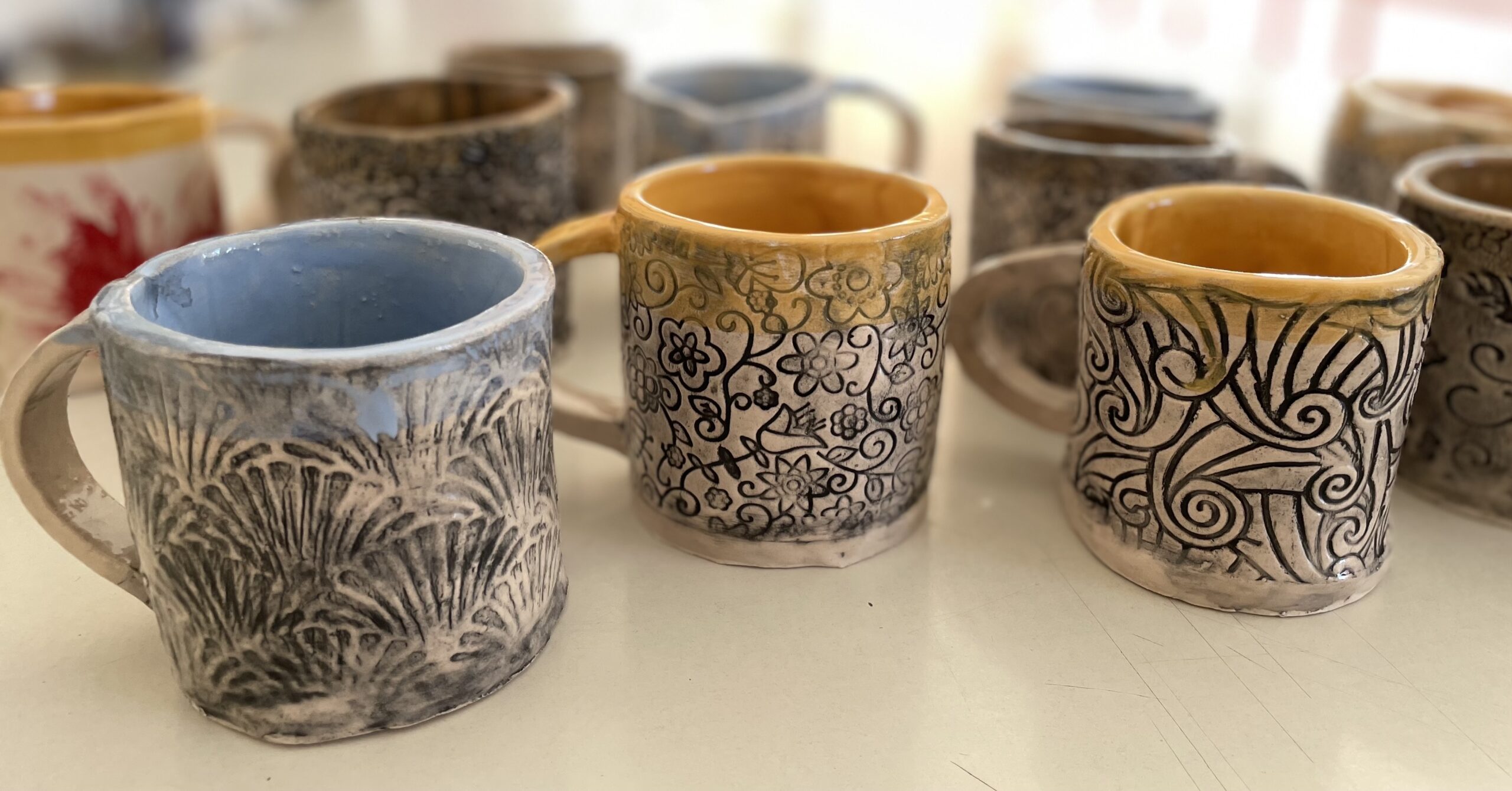 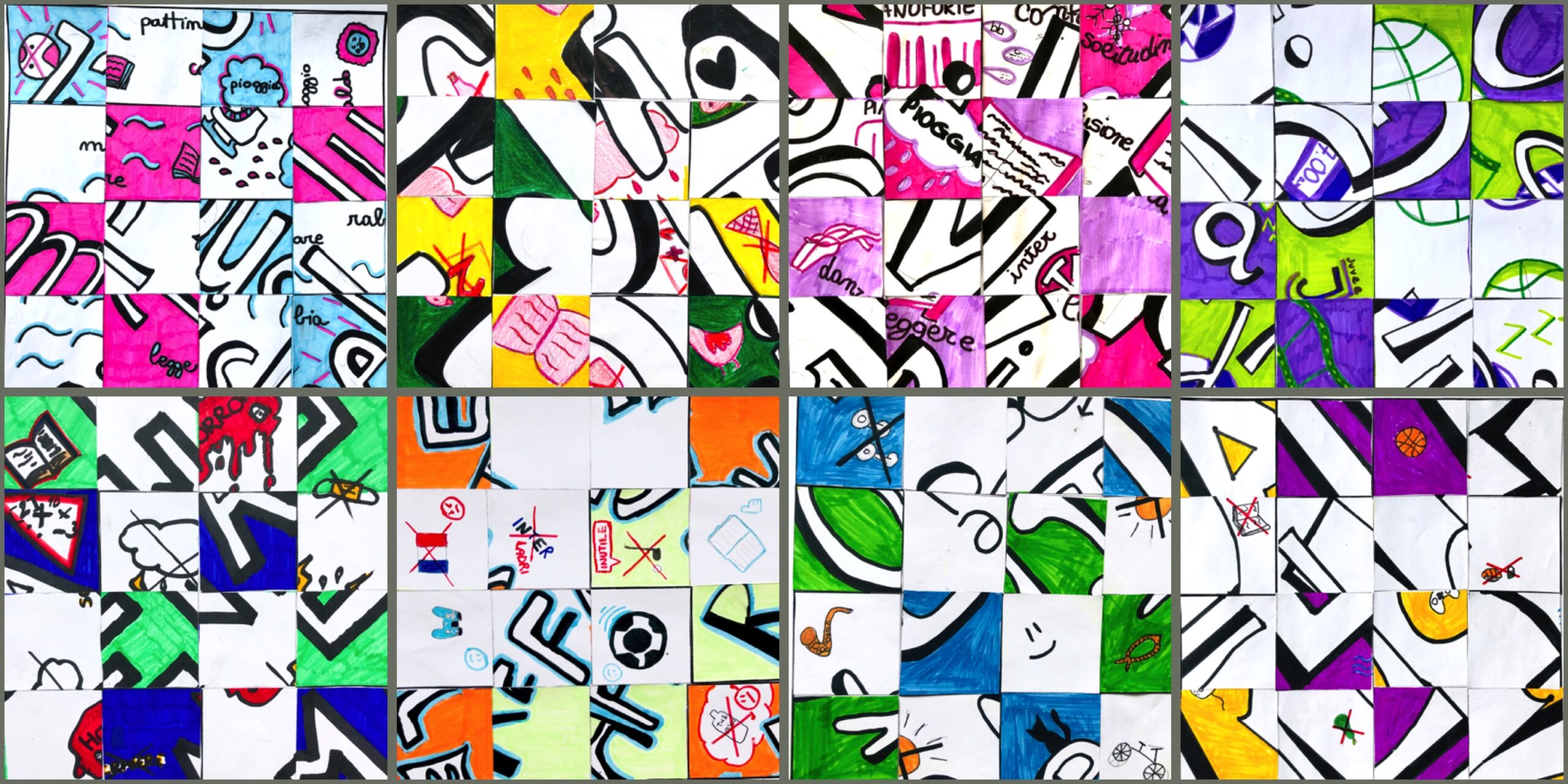