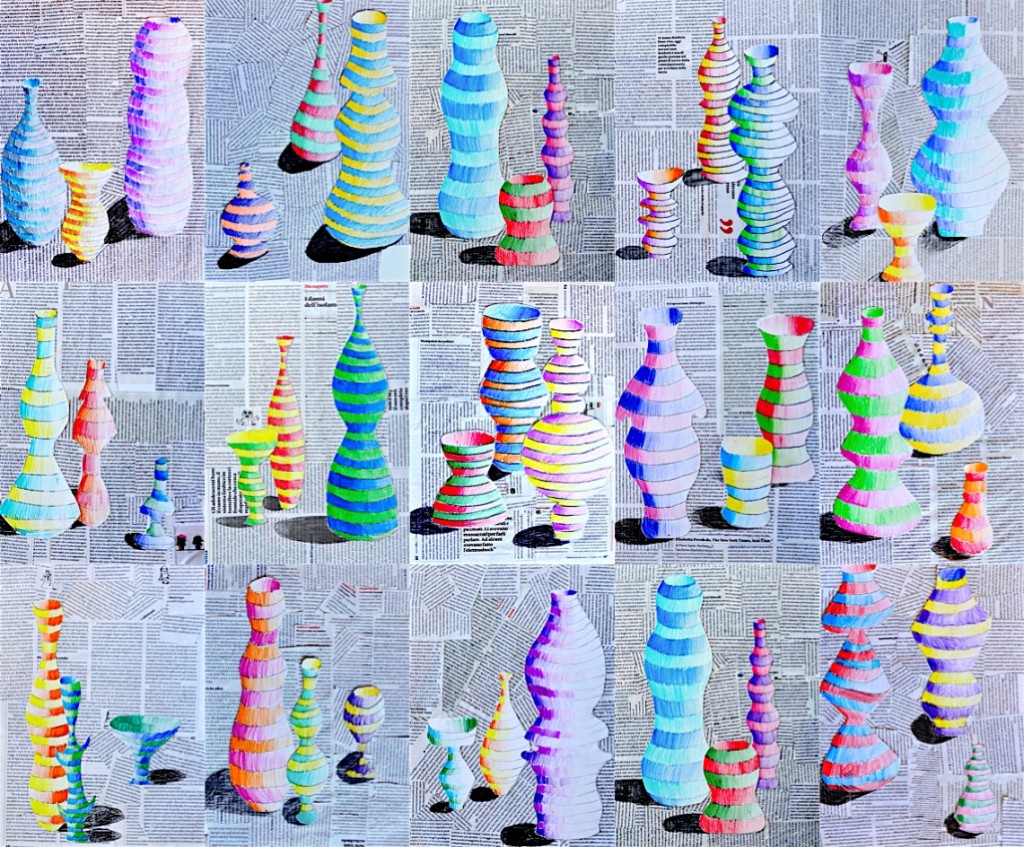 Vases and bottles with whimsical shapes have been invented by the students of the seventh grade in an interesting exercise of symmetry.
Starting from a vertical line, that is our symmetry axis, we drew two ellipses, one at the top and one at the bottom of the line. Those are the opening, and the bottom of our vase. Then we drew a curved line, joining the top ellipse, with the one in the bottom. We started drawing only the left side of the vase. With the help of some measurements taken with the pencil, we have then drawn the right side of the vase trying to respect the symmetrical shapes.
The vases have been decorated with curved parallel lines. Subsequently we drew the value with colored pencils, alternating two different colors.
The vases have then been cut out and pasted on a surface prepared in collage, with pages of magazines and newspapers. For the last touch we drew the cast shadow at the foot of the vases, with a black colored pencil. In the same drawing we practiced axial symmetry, value, shadows, mixed media and collage!
Needed:
– 2 sheets of drawing paper, pencil, eraser, ruler
– colored pencils
– scissors, glue
– magazines or newspapers 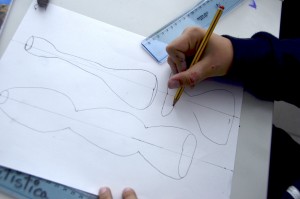 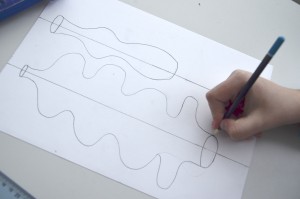 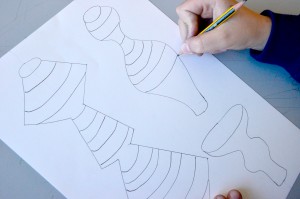 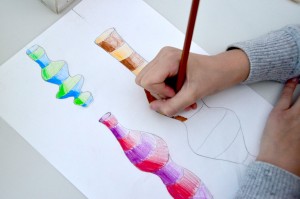 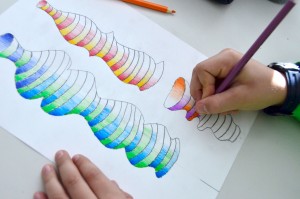 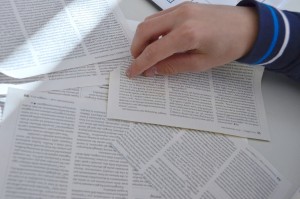 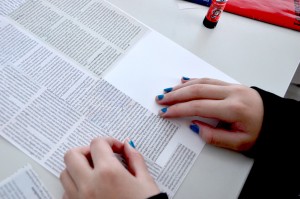 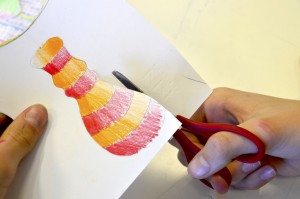 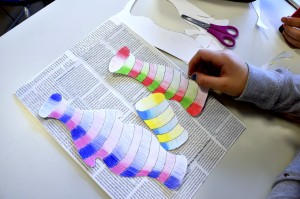 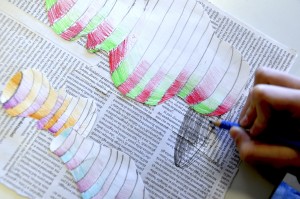 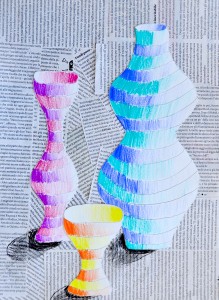 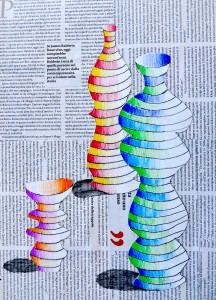 Creating the logo “A Shop as Friend” 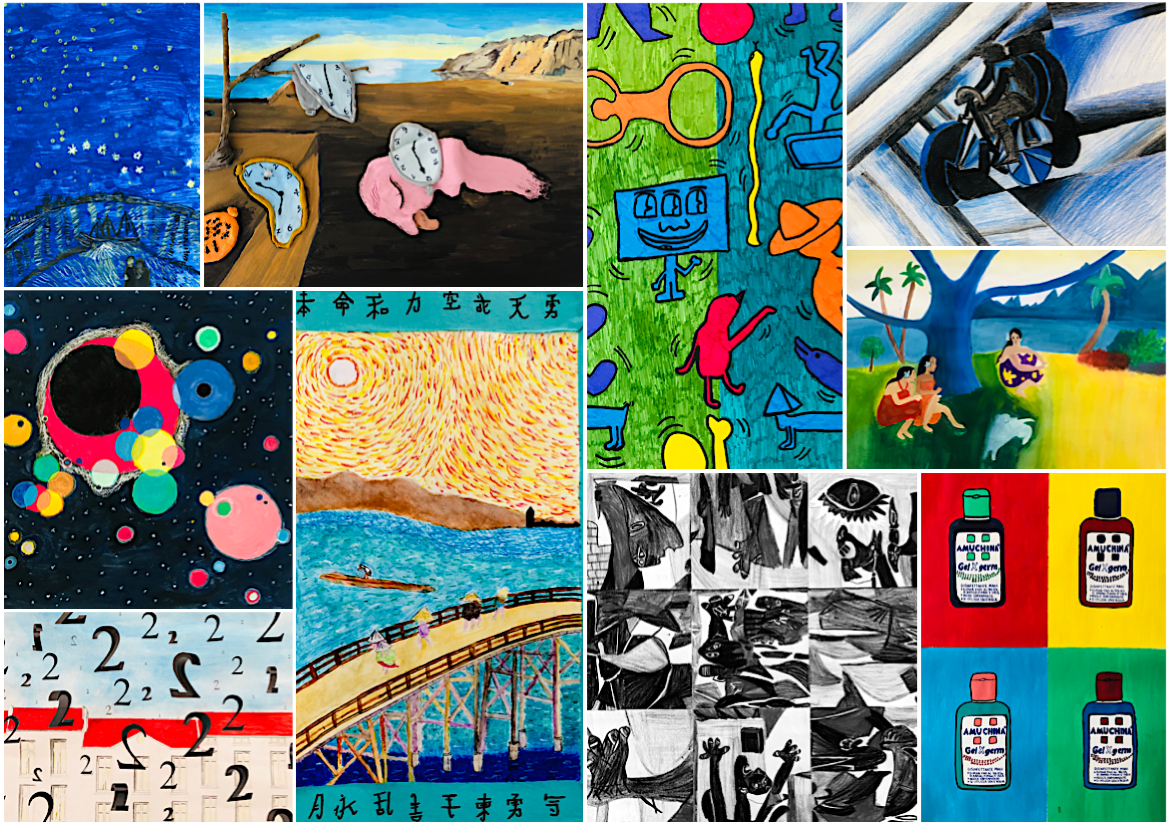 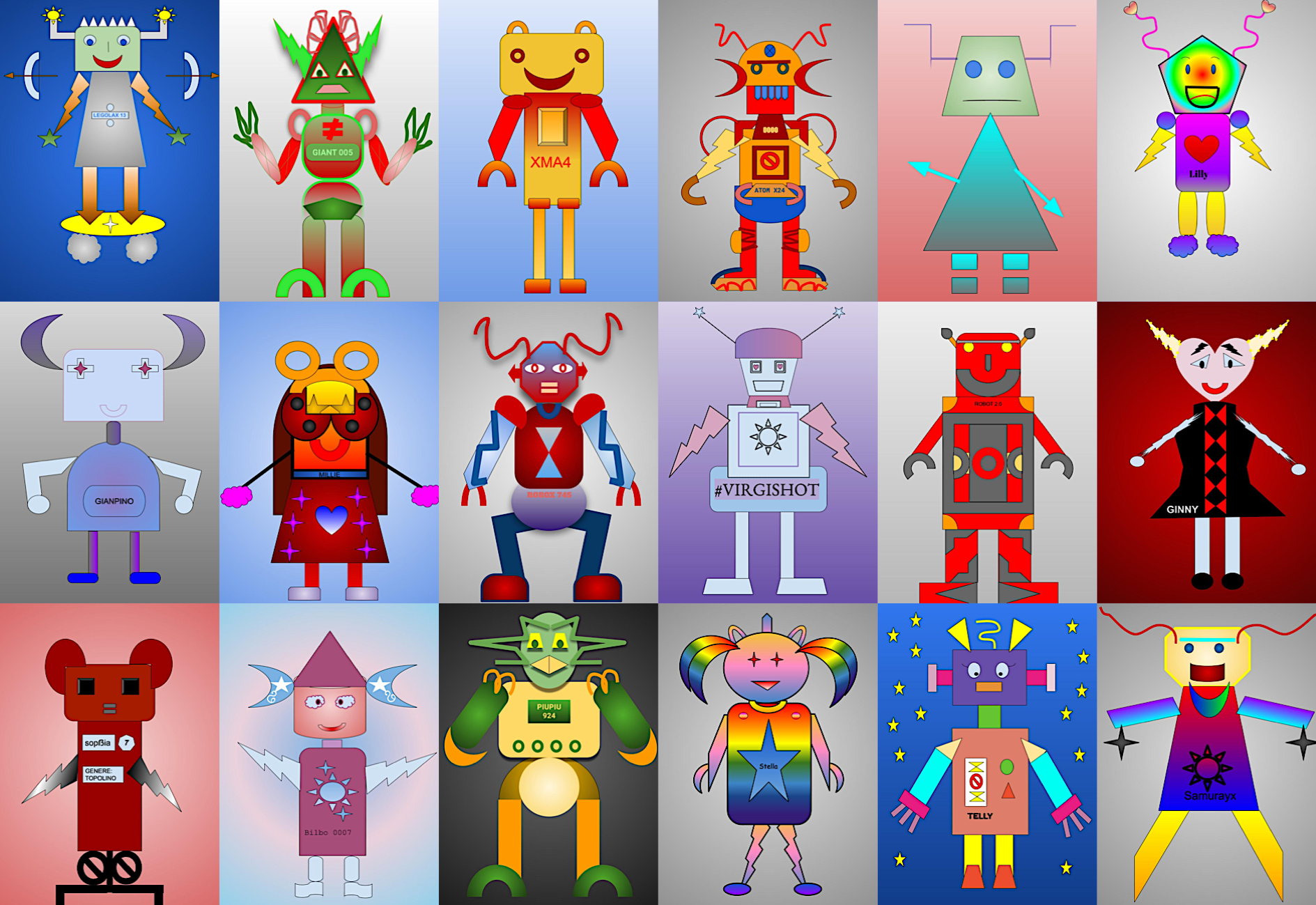 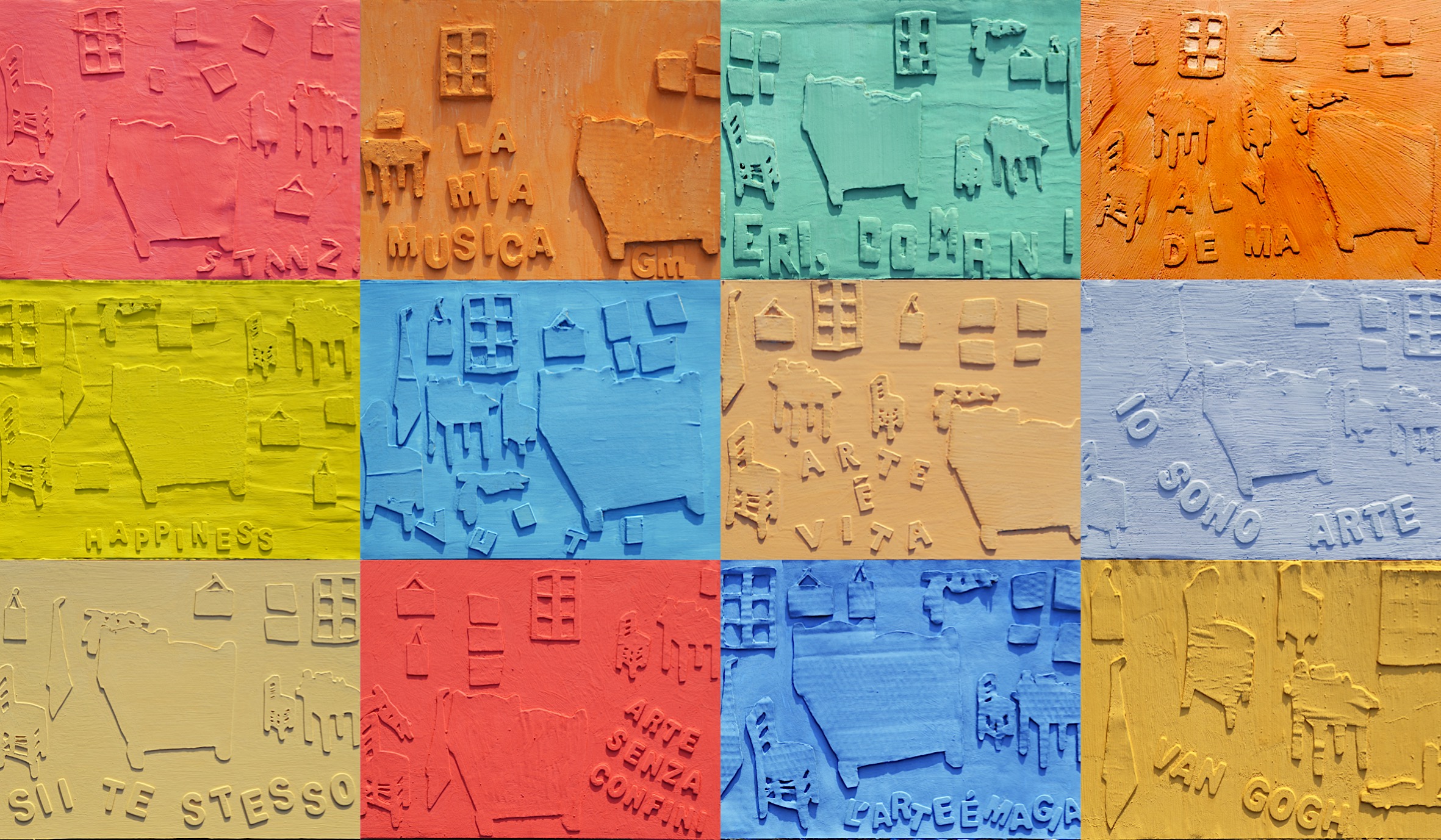